The Tale of King James: Part 2 - Make It Eye Catching 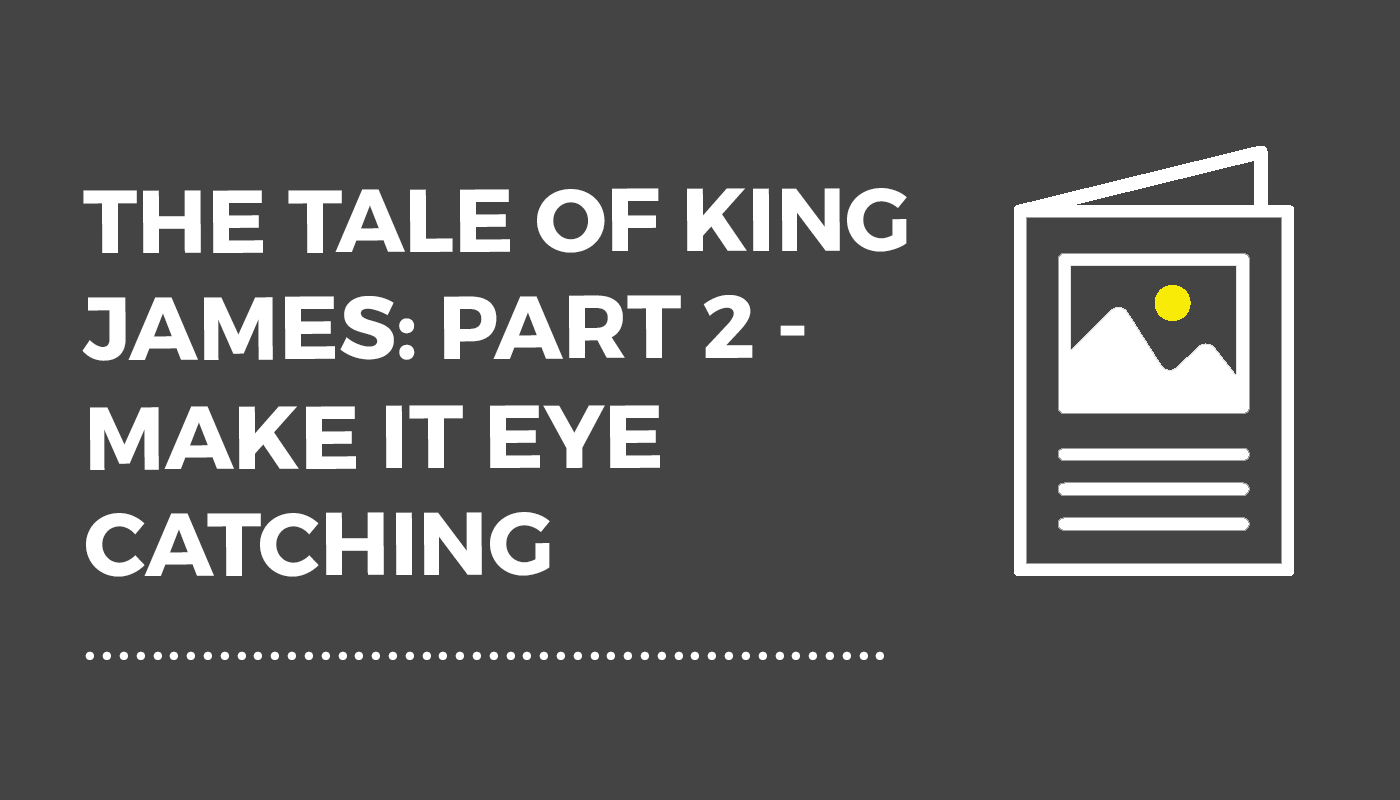 In my previous post, I started telling the story of the first documented door-to-door leaflet campaign – back in 1604. So, why did King James I smoking campaign go so wrong?

Let’s start with his leaflet, or pamphlet as it was known at the time. King James’ leaflet was all text – the copy was in various fonts, difficult to read and riddled with spelling mistakes. Anyone who would have picked this leaflet up would put it straight into the bin, forgetting they ever saw it. Everyone was adamant that they hadn’t seen the leaflet because in fact, in hadn’t registered with them.

You have from the door mat to the bin to get your message across to your target audience. The best way to do this is with pictures. A picture that covered a third of the leaflet would have said in an instant that the leaflet was about smoking. Anyone with the slightest interested in smoking would have stopped, paused and had a closer look.

Getting somebody else to proof read your leaflet is essential. They also need to check the phone numbers, web address and any email addresses.

Using a professional graphic designer and copywriter to design your leaflet will give you a much higher response rate. Apparently, King James was also a bit of a cheapskate. So, didn’t understand that paying an expert to design his leaflet was an investment.

Take a look at my next post to find out other ways where King James went wrong.